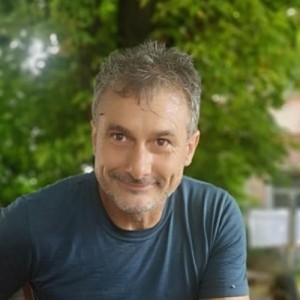 Rich was born in North Wales in the late 60’s and spent much of his youth climbing and walking in the Welsh hills.  Relocating to Spain more than 10 years ago, was the ‘best move I ever made’ he says.

Rich joined the services shortly after leaving school in 1986, and lived in West Germany for six years, before passing the All Arms Commando Course and moving to Plymouth to serve with 3 Commando. He attended as an incremental member of staff The Army Mountain Training Centre in the Harz Mountains of West Germany, and was an instructor on many expeditions and adventurous training programs.

In 1994 he was invited to participant in the infamous British Army Expedition to Borneo, to descend the North side of Mt Kinabalu via an area known as “Low’s Gully”. The expedition was a spectacular debacle, no communications, poor weather, inappropriate planning, training and equipment, lead to the disintegration of the expedition. Rich was one of the few to have facilitated his own escape, but only after an eight day period with no food. His escape initiated the largest ever peacetime mountain rescue operation which involved over one thousand British and Malayan military personnel in a race against time to find the remaining members of the expedition.

The aftermath of this expedition was acrimonious and Rich received a formal commendation for bravery. So, with a successful book under this belt and a new life in Spain Rich is able to concentrate on his climbing and enjoys his days in the sun guiding for The Orange House.  He has been working professionally as a climbing instructor since 1987 and his personal climbing experience is vast which takes in his early beginnings in Wales, then to Germany and the South West of England.

Rich enjoys all types of climbing and is equally happy on large Trad routes or short Sport routes, from the sea cliffs of Gogarth or The Old Man of Hoy to the steep overhanging crags like “The Wildside” in Sella. Rich is MIA qualified which backs up his former Army experience.