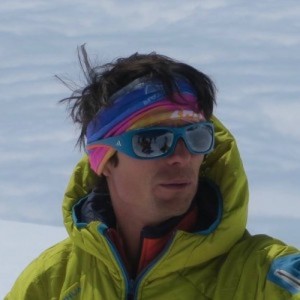 Pablo lives in Reinosa, Cantabria, a small region in the north of Spain. He has been climbing since he was 14-years-old with experience in all types of the sport, including Alpine climbing, trad climbing, ice climbing and bouldering. But these days Pablo specialises in sport climbing.

Pablo has climbed in many countries around Europe, including Italy, Austria, France, the UK and Slovenia. He’s climbed big mountains in the Alps, such as Cervino, Aiguille Verte and Aiguille de Argentiere, including a lot of mixed and multipitch routes. As well as this, Pablo has climbed trad and multipitch routes in the Dolomites and Picos de Europa, on routes like Comici en la Cima Grande de Lavaredo and some on east face of the Naranjo de Bulnes.

Pablo finds bouldering a great way to relax when not climbing at the highest level (8c) around some of Spain’s best climbing locations. Last year this included Rodellar. When not climbing, you can find Pablo guiding ski tours around the Pyrenees.